Croatia as a country has a long history that dates back thousands of years ago. A lot of the structures built since then and over the centuries were brilliantly preserved and remains to be an integral part of its present-day landscape and culture.

Most of Croatia has a fascinating history and impressive architecture, which makes it one of the top destinations among tourists.

A number of stunning structures, as well as archeological and natural wonders found in Croatia, were recognized by UNESCO as part of the prestigious World Heritage list, signifying their importance even outside of Croatia.

If you’re headed toward this gem of a country by the Adriatic, a fantastic way to explore would be to visit several if not all of its UNESCO sites. Here’s all of them, with a few details to help you figure out your itinerary once you visit.

‪Plitvice Lakes is one of the two ‬natural UNESCO World Heritage Sites in Croatia. This massive park of limestone and chalk is known for its stunning formations, lakes, and waterfalls, as well as diverse flora and fauna.

It was recognized as a UNESCO Heritage Site in 1979, and no swimming or watersports are allowed here to keep the waters thoroughly clean. One of most breathing sights in ‪Plitvice Lakes National Park‬ is the network of 16 lakes separated by natural dams, with its colors that change every season.

Aside from its magnificent landscape, the park is also home to rare species of birds, bears, and wolves.

The Park is open daily all year round, with longer opening hours during summer (usually 7 am to 8 pm).

2. Historical Complex of Split with the Palace of Diocletian (1979)

A vast 38,500 square meter area of Roman archaeological monuments, the ‪Historical Complex of Split‬ made it to the list of UNESCO World Heritage Sites in 1979.

It has a long history that spans more than a thousand years, as it was built in 300 A.D. as the retirement place of Roman Emperor Diocletian. It’s most distinct feature is the Diocletian’s Palace, built with stone from the ‪island of Brač and‬ now an open-air museum.

The palace is also on the backside of the Croatia 500 kuna banknote, released in 1993. A stroll inside this brilliantly preserved Roman structure is like a walk back in time, as much of it us unchanged and everything about the palace is just glorious.

This place was also featured in the HBO fantasy series ‘Game of Thrones’ as one of the filming locations of the TV show. You may join a tour where you’ll see Diocletian’s as it was in the TV series.

The picturesque Old City of Dubrovnik is among the most popular destinations in Croatia and was declared a UNESCO World Heritage in 1979. Nicknamed the ‘pearl of the Adriatic’, its golden era was during the 15th and 16th centuries when it became a center for maritime trade in Croatia.

This magnificent old city boasts of a number of Baroque, Gothic and Renaissance architectural monuments such as churches, monasteries, and palaces. A stunning example of a beautifully preserved medieval city, Dubrovnik was also among the settings used in the hit HBO series ‘Game of Thrones’.

Some of the best places to visit in this fascinating city are the Sponza Plaza, the Rector’s Palace and its impressive 2km of city walls along the coast.

Outside of the Old City that’s surrounded by walls, Dubrovnik’s maze of stone alleys offers a wealth of interesting discoveries — you only need a few hours to explore to get to know each of them.

4. Episcopal Complex of the Euphrasian Basilica in the Historic Centre of Porec (1997)

The Episcopal Complex of the Euphrasian Basilica is located in Poreč, an ancient Roman town in Western Istria.

Laced in the prestigious list of UNESCO World Heritage sites, this complex is made up of religious monuments that include the Basilica, baptistery, sacristy, and the bell tower of the archbishop’s palace.

The Episcopal Complex of the Euphrasian Basilica is a great example of religious architecture that combines classical and Byzantine influences.

Other features of this renowned site that you must see are the mosaics that are over a thousand years old and the sprawling views from the bell tower.

The complex is open every day except on Sundays and Catholic holy days of obligation.
During Christmas and New Year’s holiday season the working hours of the complex are from 9 – 17 o’clock, including Saturdays.
In the last week of October, the complex is closed at 4 P.M., in accordance with the beginning of winter (standard) time.

These are the entrance fees for the tours and it is only available if there’s no mass service.

The historic city of Trogir, where you’ll find one of the best structures of medieval architecture in Europe, was elevated to the UNESCO World Heritage list in 1997.

It is known for its amazingly preserved Roman-Gothic complex, its unparalleled beauty and cultural value, The Historical City of Trogir has many palaces and churches that showcase a variety of architectural influences and styles.

There are Baroque buildings, Venetian-era Renaissance structures, and Romanesque churches. The Church of St. Lovro, for example, is one of the most important architectural buildings in Croatia.

Recently, this historic place was seen in the HBO fantasy series ‘Game of Thrones as the backdrop of the Trading Harbor of Qarth.

‪The Cathedral of St. James in Sibenik is the most important Renaissance monument in all of Croatia, and was recognized as a UNESCO World Heritage Site in 2000.

‬This triple-nave basilica which also has three apses and a dome is the seat of the Šibenik diocese. The church also became popular recently when it was featured as the location for some parts of ‪Braavos in the HBO fantasy series ‘Game of Thrones’. ‬

During the tourist season, between June and September, the Cathedral is open to visitors between 8:30 am- 12:00 pm and 7:30 pm.

Outside the tourist season, the Cathedral is open to visitors between 9:30 am and 6:30 pm.

7. Ancient and Primeval Beech Forests of the Carpathians and Other Regions of Europe (2007)

Technically not a purely Croatian UNESCO Heritage site as it spans twelve countries but the three of the sites that make up the Carpathians are in this country.

Extending across 12 countries, the‪ Primeval Beech Forests of the Carpathians is the largest UNESCO World Heritage site in Europe, and it became part of the list in 2007.

Back in 4th Century BC when the Ionian Greeks settled in a part of Hvar and named it Pharos. Here, they cultivated the land and pioneered division system that made it possible for different crops to grow within the same area, such as grapes and olives.

This agricultural marvel remains up to this day, and the system has been adopted by other European countries for the past two thousand years. Stari Grad means Old Town, and it’s indeed the oldest town in Croatia.

This incredible site made it to the UNESCO World Heritage List, and apart from the olive orchards and vineyards, it is also home to a number of archaeological sites that reflect the ancient geometrical system of land division started by the Greeks.

One of the latest additions to Croatia’s growing list of UNESCO World Heritage Sites is the Stećci, the Medieval Tombstones Graveyards, which was recognized in 2016. A Stećci is a cemetery, a regionally distinctive medieval tombstones that are carved from limestone.

These tombstones also feature a diverse range of decorative themes and inscriptions that represent iconographic continuities within medieval Europe as well as local traditions.

There are 30 places of this kind located in other countries namely Bosnia, Herzegovina, Montenegro, and Serbia.

This was built by the Republic of Venice from the 15th to 17th century along the Adriatic coast. ‬Parts of this impressive defense system are the ‪St Nikola fort ‬in the ‪islet Ljuljevac near‬ Sibenik and the ‪walls of Zadar‬, which both showcase amazing military architecture.

They are also included in the UNESCO-protected system that encompasses parts of Italy to Montenegro.

National Parks In Croatia – Guide And Tips For First-Time Visitors 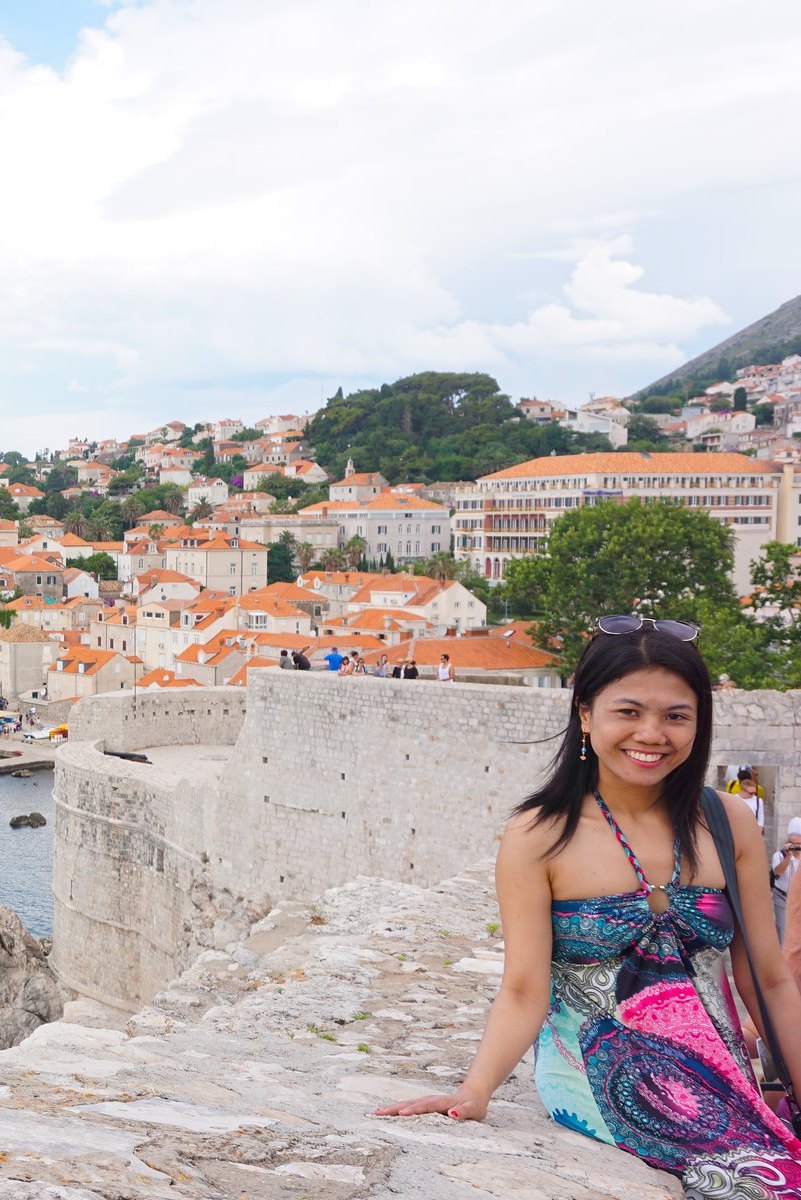